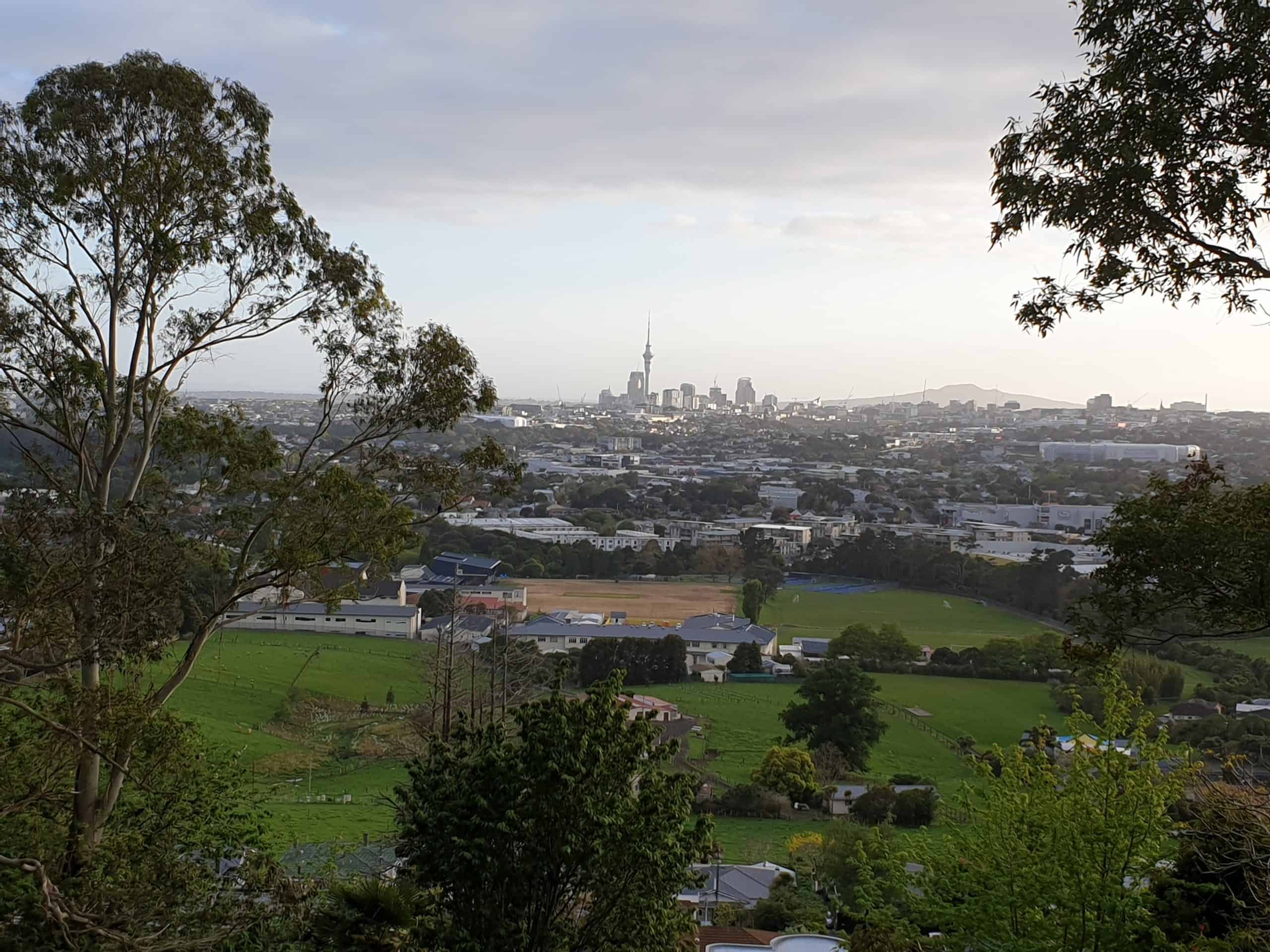 Cows and sheep all grazing on a farm with a good view of Auckland’s Sky Tower is the story being told by the third Dairy Women’s Network visual story telling project, OUR PEOPLE. THEIR STORIES

“For a lot of people in Auckland they sort of wonder what’s my why, why am I doing this,” young Auckland Mt Albert Grammar student Rose Young says, fully conscious about what her why is, while knowing she is not quite the typical Auckland city teenager.

“It’s central Auckland which is a bit crazy for me to be into agriculture I guess,” she says referring to the ASB MAGS 8.1 hectare working farm at Mount Albert Grammar School. “But when I’m here I don’t feel like I’m at school, I feel like even though I’m learning so much while I’m doing it, it’s more or less just something that I’d love to do anyway”

The farm was established in 1932 when the Auckland Horticultural Society decided that city children were losing knowledge of farming practices and asked Mount Albert Grammar to teach agriculture and horticulture.

The Auckland Savings Bank became involved, and special legislation was passed to allow the Bank to buy land from the neighbouring Kerr-Taylor sisters’ farm and lease it back to the school at a peppercorn rental.

Out of its multicultural roll of over 3000 it now educates over 200 students annually from Years 10-13 in Agricultural and Horticultural Science with urban kids getting the unique opportunity to experience rural farm life without leaving the city.

ASB MAGS Farm Experience Centre Development Manager Peter Brice says the farm is all about connecting kids with opportunities at the heart of New Zealand’s national identity, the agri-food and fibre sector.

“It’s about milking dairy cows, sharing sheep, pruning vines, whatever it might be,” he says. “It’s pretty special, eight hectares in the middle of Auckland with 260 agri, hort and agri-business kids which we’ve grown from 180 18 months ago.”

ASB MAGS Farm Advisory Group Chair Mark Heer says the farm connects and engages with city school students who just would not normally be exposed to a rural environment.

“A strength of the Dairy Women’s Network is engagement and connection, which aligns well with the goal of the ASB MAGS Farm to engage and connect the agri food and fibre industries with urban school students.”

“There is a natural alignment between the two organizations, the Dairy Women’s Network and ASB, that works so well and it’s all about creating more awareness and understanding about rural farm life and taking that to the greater New Zealand.”

Rose says there are days when she’s in school with her friends and looks out the window and spots Peter working on the farm and they contemplate getting out their books and writing a sign saying ‘get us out Peter, let us help you.’

“It’s very different to what I’m used to, or what anyone in Auckland is used to,” she says. “It’s just great to get outside and for girls it is really cool and especially because we have such great female teachers who get us into it as well.”

In 2013, a new lease agreement was signed between ASB and the Mount Albert Grammar School Board of Trustees with ASB leasing the land to the school for an effective 99 year term at a nominal annual rent of one dollar.

There are plans to build a new agri food and fibre experience centre which Peter says could be a central hub for agri-business in Auckland.

Dairy Women’s Network CEO Jules Benton says it has been a wonderful experience getting into heartland New Zealand to meet some fantastic people and tell their amazing stories.

“It really has been truly special,” she says. “The first two stories have been so well received and we know this one will be too as its quite different from the first two.”

For Rose, who has her sights set on a career in agriculture after leaving school, the farm just makes going to school so much more motivating.

“It’s just our little slice of New Zealand right in the city which is awesome to have.”

Nominations open for prestigious dairy award
0
Nominations are once again open for the Fonterra Dairy Woman of the Year award, which sees women dedicated to the...
Whakatane law firm newest supporter of DWN
0
Dairy Women’s Network have a new supporter in Hamertons Lawyers, a full service legal practice serving Whakatane and the surrounding...

Calf rearing expos bring experts under one roof
0
Dairy Women’s Network will be holding a Calf Rearing Expo in Stratford on the 9th of June followed by events...
Employment Agreements - all you need to know
0
THIS BLOG IS BROUGHT TO YOU BY: Today we talk about the Employment Relations Act 2000 (the Act), in relation...