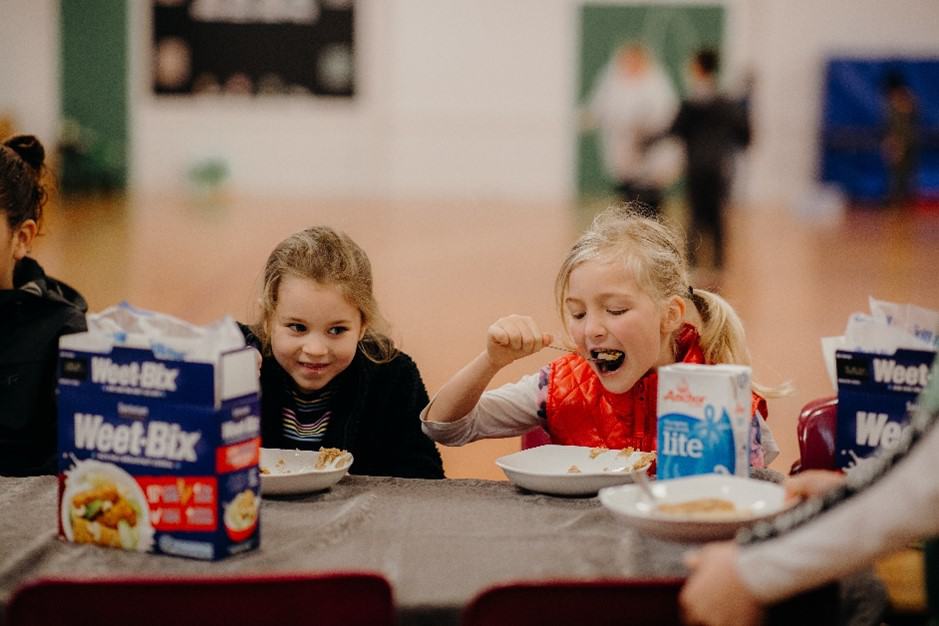 Schools share what they love most about KickStart Breakfast

Have you seen any of these familiar faces on TV or Youtube lately? Click on the below images to check out their videos!

It’s great to hear from the schools and the pupils themselves about what they think of KickStart Breakfast, so, here’s what three schools that do Breakfast Club very differently had to say:

Teacher Jenny says their Breakfast Club provides a friendly space where all students feel welcome. “It’s a great way to settle into their day, have a yarn with their friends and prepare their minds and bodies for whatever the day has to bring.”

What sets this Breakfast Club apart from the rest is that you won’t see any tables and chairs – instead their breakfast is served in a cup! Anchor milk and Sanitarium Weet-Bix is blended together with frozen fruits and served as a smoothie.

The school has been part of the KickStart Breakfast programme for over 10 years and gets extra support from the local community through donated fruits, toast and spreads.

The success of their Breakfast Club also comes from support from senior management as well as senior students who act as positive role models. By volunteering at the Breakfast Club they help to encourage more students to attend, giving more people the chance of a good start to their learning day. 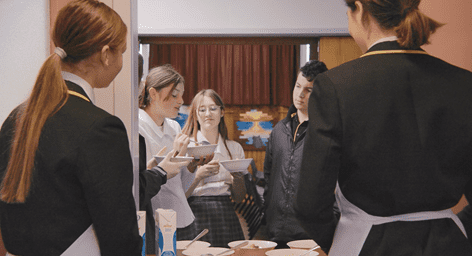 Two of the Pit Crew, both called Charlotte, say they really value the huge social element to the programme. “It really helps students to kickstart their socialising skills and make friends.”

Over the past 12 years, the KickStart Breakfast programme has evolved in some schools from the traditional breakfast routine and now sees Breakfast Club at various times of the day. Bruce McLaren Intermediate runs their Breakfast Club during morning tea, as they’ve found it’s a more popular time of the day for students.

The best part, as Charlotte mentioned in the video “if you don’t have time in the morning, before school to get your food, you still can eat and not go without breakfast”. 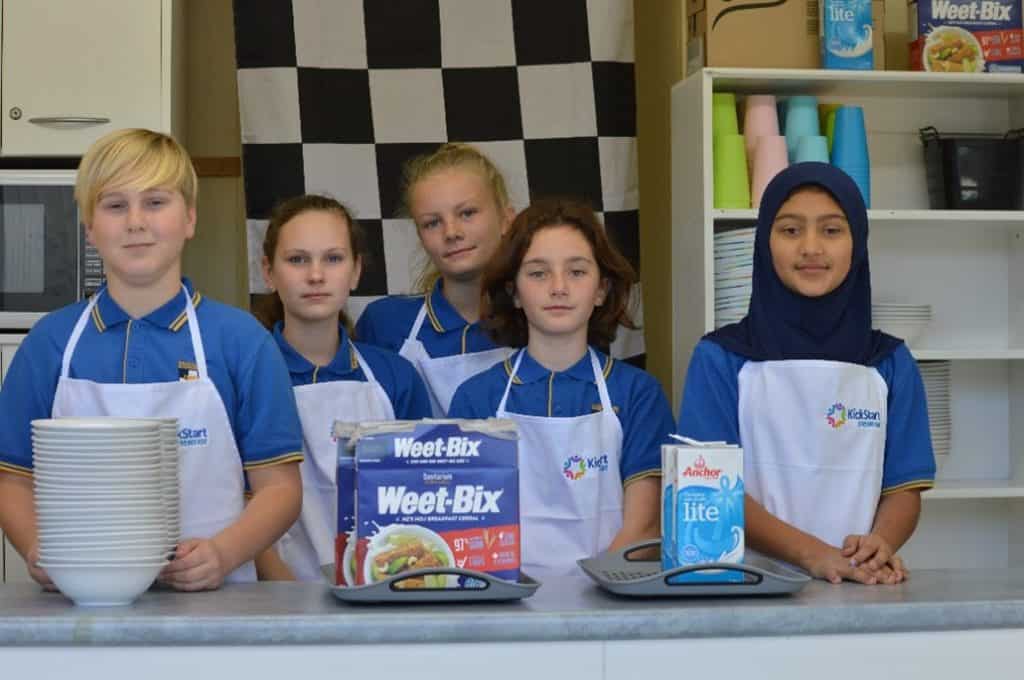 Voice from the Board: August 2021
0
Once upon a time, winter was a time to catch your breath and reflect on the season past, put plans...
The Edge Programme
2
It was nearing the end of the season and this day was an especially hard day, I was packing up...

Achievement and growth of rural women celebrated by Dairy Women’s Network award
0
Nominations are now open for the annual Dairy Women’s Network Regional Leader of the Year award, which celebrates the work of...
Jules Benton - Rural Exchange
0
Aired 7 November 2021 on Rural Exchange. Jules caught up with Hamish and Loey to talk about the call by...

We’re proud to partner with leading industry organisations to add value to our members. With the right support, we achieve great things.