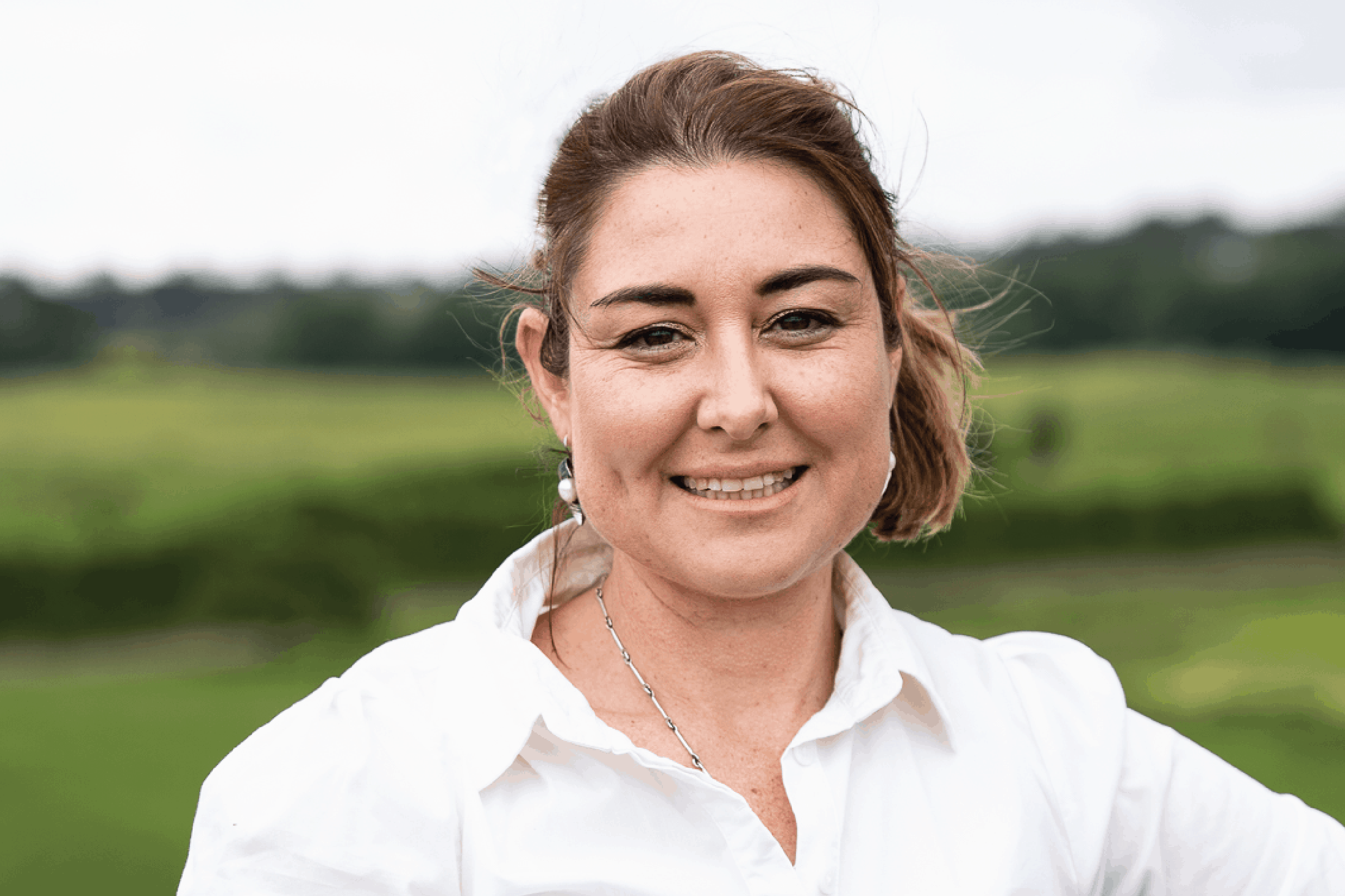 As an expat from Australia, one of the first things Sally Guy wanted to do when she and her husband Chris settled on his family farm in Karaka was find a community to call her own. She grew up on a 4000ha sheep and beef station in New South Wales before moving to New Zealand to farm across the Waikato, so relationships and connection within rural communities was something she felt she needed in a new and unfamiliar place. While the industry shifted around her each year, Dairy Women’s Network offered Sally a constant and she became a regional leader for the Franklin group shortly after they moved to the area.

Now, while Sally still helps to coordinate the Franklin group behind the scenes, the positive impact she has on her community comes from a volunteer role leading the Pukekohe Business Group.

“When I started as a regional leader we were getting two to three people to our events, and after two years of that role we ended up with nine to fifteen people. It really lifted and I was really enjoying such a positive role. Then I went to Leadership Forum one year, and the Rotorua Business Group stood up to talk about what they were doing. And I immediately rang Rachel to find out more, because what they were doing was amazing and more in line with the needs of the women in our region.”

Based so close to Auckland, many farming women in the area have corporate backgrounds and tend to stay in the region as a result, marrying their work in the city with the admin and day-to-day management of their farm business. The Business Groups model was widely received when Sally brought it back to her community and the group has become a combination of industry professionals, grassroots farmers and rural women working in Auckland. Emotional intelligence, how to work with staff, how to give feedback, identifying personal strengths and using them to the advantage of your team are all common topics addressed in the monthly meetings, although seasonal and environmental issues are still addressed throughout the year. As Sally puts it, the people in the group may not all be leading farms but they’re always leading other people.

Sally says it’s been a natural progression for her to move from volunteering as a regional leader to leading the Business Group, although it was initially going to be a trial phase. She’s continuing to volunteer her time at DWN events but will focus solely on her Business Group when she finds another rural woman with a passion for volunteering and forming connections, supporting their area and benefiting from the “amazing growth”.

As well as leading the Pukekohe Business Group and supporting the DWN Northland Hub, Sally has been on the Dairy Industry Awards Regional Committee for the past three and a half years, working on the media liaison side until this year’s season when she helped with committee meetings, budgets and sponsorship. Combined, she thinks she probably spends about four or five hours a week on communication, planning and contacting speakers, and organising event logistics. It’s all done on the go, but Zoom calls in the evenings are when Sally sits still and focuses on volunteer roles after work on the farm and at their newly-opened daycare is done.

“Those jobs are just scattered throughout the day or throughout the week, so I don’t really think about it. The one thing that takes up time is meetings in the evenings on Zoom. But I think that’s really changed since Covid as well, a lot of things now happen virtually and at night.”

But for Sally, it’s just a lifestyle.

“There’s no boundary between either of our businesses or any of my volunteer work, it all just melds together. We want the family to live and grow up on the farm, so we work late or on weekends. But we don’t feel like we’re always at work. I don’t juggle it or think that I’m going to do this at this time. I just do it.”

While Sally doesn’t recommend her strategy, it’s given her the community and the value she’s needed since moving to New Zealand. She doesn’t see herself giving up any of her volunteer roles unless it’s necessary – in fact, there are a couple of governance roles she’s looking at in the near future, with the support of her Business Group.

“Volunteering makes me feel valued. I started volunteering with DWN at a time when I was a mum and stepping away from my job, I wanted to do a few hours here and there and it was great because I could feel valued and like I had a purpose. And I feel more connected to my community. There are all these people I’ve met through Dairy Women’s Network, the Dairy Industry Awards and Business Group. It’s all given me a lot more confidence because I have this network of people around me now that I didn’t have before.”

Voice from the Board: August 2021
0
Once upon a time, winter was a time to catch your breath and reflect on the season past, put plans...
Annual General Meeting 2020 - Chair Report
0
“Life is like a box of chocolates” 2020 has felt like it – full of surprises, connections, and uncertainties. And...