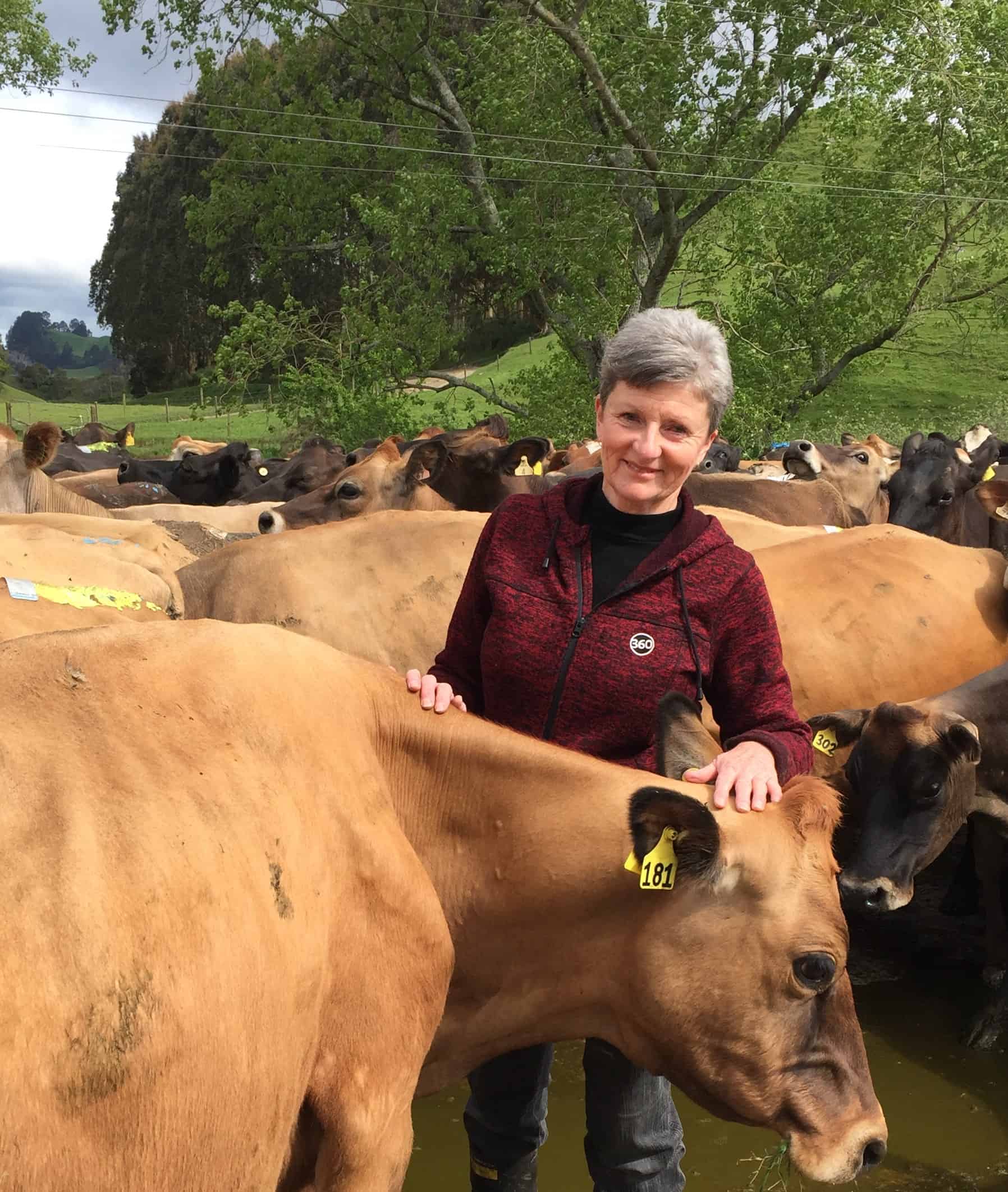 Living the empowerment values of the Dairy Women’s Network has seen Cathy Brown step down from her role as Chair to allow North Island farmer Karen Forlong to have the same opportunities to grow.

“It’s been such a privilege to be Chair of this wonderful organisation that is full of so many passionate, hard working woman,” Brown said.

“It’s the people that really make a difference as we walk alongside our farmers and I’ve experienced such tremendous personal growth in the role it’s now time to vacate knowing the talent in the network has us well placed for the future.”

Dairy Women’s Network CEO Jules Benton said she was looking forward to working more closely with Forlong as “she’s just so passionate about dairy, and in particular women’s role in dairy.”

Benton also paid tribute to Brown, who has been chair for three years, saying her commitment and support has been invaluable, thanking her for all her efforts and guidance.

“She is not at the front of the bus anymore, but is still on another seat on the bus,” Benton told attendees at last week’s AGM while DairyNZ CEO Dr Tim Mackle said she should be proud of all the network has achieved while she has been its chair.

Farming near Atiamuri, Forlong has been a member since the network was formed in 2000, having experienced various roles that includes conference committee involvement in 2005 and 2012 then becoming Conference Chair in 2014, participation in the Agri-Women’s Development Trust Escalator Program, a leadership and governance programme for women involved in primary industries and rural communities and is Chair of Vetora BoP, a incorporated society vet club with a 75 year history in the Rotorua region.

“I really appreciate what a great privilege it is to find myself in this position now,” she said. “I’m a really inclusive person, and something I’ve learnt from our previous chair Cathy and hold very dear is the fact that the gold is always in the room.”

“I see myself as the conductor of a great orchestra, and I’m not actually playing an instrument, I’m just there to bring all of the fabulous components together.”

She says women in dairy can find their sense of belonging and tribe at Dairy Women’s Network. “It was a phone call from Pattie O’Boyle in 2000 asking me to be part of the first meeting of the regional group for Rotorua that gave me a place to land, a tribe, somewhere that was safe and was a place of trust.”

“Dairy Women’s Network realises life is not a series of silo’s but is the complexity of many things coming into balance; family, people, the team, the community, animals, environment and financial wellbeing that are all are reliant on each other.”

“Connection is the cornerstone of a strong culture and our rural communities and Dairy Women’s Network is a connector as it delivers through face-to-face connections and through technology and online engagement.”

“The Dairy Women’s Network as place to land is as relevant today as it was 20 years ago.  That place needs to feel inclusive, that it will stand with you on your journey, support you, bring to the table the truth and separate the noise from the facts and impart clear and concise knowledge.”

She stressed that Dairy Women’s Network needs to grow leaders, to be the enabler and the cheerleader behind the voices of the future, taking on the role as story tellers.

“The industry needs an engaged, full noise voice,” she said.  “One that is consolidated, unified, loud and proud.  We as a Network need to be part of the collaborative approach for our future and as women we are intrinsically wired to function in this state, so we have a responsibility to use this skill and drive it, unrelentingly.”